Over the past 2000 years, the beautiful city of Paris has never stopped changing its visage throughout the ages. Today, remnants of the original construction can be counted on one hand.

Learning about our past helps us to better understand our future, and that’s why we are offering this unique and exclusive tour by Vespa. 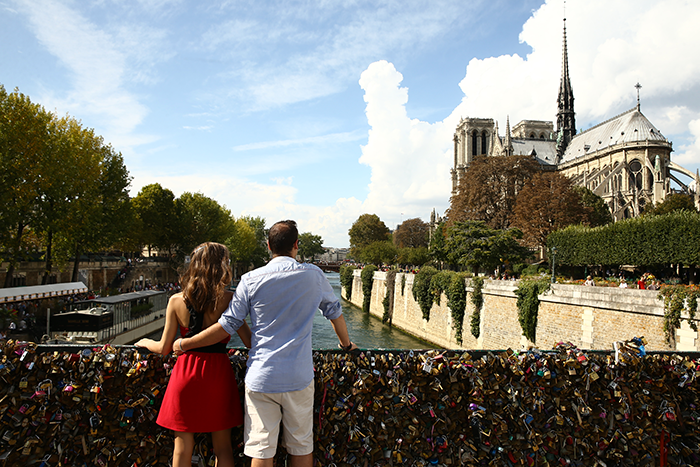 What can you expect during this Vespa tour?

After picking up your Vespa from your hotel, follow our guide through modern Paris to reach the oldest historical sights. Relive a Parisian past that dates from the first millennium.

On our Vespa scooter, weave through the city to discover the City of Lights in her historical glory. Our knowledgeable guides and handy vehicles allow you to easily access key sights in under a day!

Here are some highlights of the tour:

Want to learn more about the sights? Click here 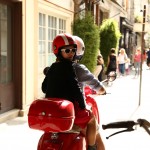 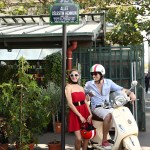 Hanging out at the open air market 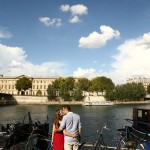 Lovers on the bank of La Seine 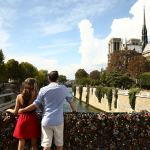 Interested in our Paris “Back to the Roots” Tour?

All our tours start at your hotel. If you just stay a day or even a few hours in Paris, then we can meet you at a designated site that has parking. For example, near Gare du Nord if you just got off the Eurostar.

How long does the tour last?

Our historical “Back to the Roots” tour of Paris is a private tour and last a full day from about 9:30 am to 5:30 pm.

What’s included in the tour?

Our Paris “Back to the Roots” tour includes pick-up and drop-off of your scooter at your hotel, a qualified bilingual guide, and entrance tickets to all the historical sights in the tour. We also provide VIP tickets for the catacombs to skip lines! We recommend reserving this tour as least 2 weeks in advance.

Prices & Booking of the tour

On a budget? We have other tours like the Paris Must See Tour starting from 149€.

If you want to keep the scooter to drive on your own and visit Paris by yourself that’s possible.(49€/day after a tour) GPS an option. It is a good way to avoid the subway and feel like a Parisian for the rest of your stay!

What are the requirements to participate in our Vespa Tour?

If you have already driven a moped, Vespa, motorbike or any motorized 2-wheel vehicle, you are qualified to take our Vespa tour. You will also need a current driver’s license and a valid credit card for the 1200€ deposit (not charged, just put on hold).

Visit our FAQ section to learn more about driving a Vespa in Paris. Or e-mail us to ask additional questions.

Save the date:
Book NOW

Places to see during our Paris “Back to the Roots” 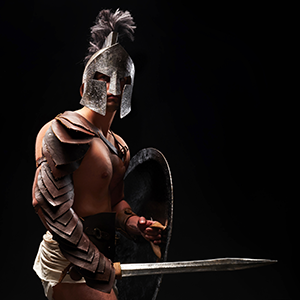 The Lutèce Arena, constructed in the first century, is a Gallo-Roman theater situated in the heart of Paris, right next to the flowering Jardin des Plantes.

The size of this archeological sight is quite impressive. Back in the day, 17,000 spectators crowded into the arena to witness theater shows, battles and other games of human feat.

Rediscovered at the end of the 19th century and restored during World War I, the Lutèce Arena is not-to-be-missed! Circle around the area on your Vespa and take in the wonders of an ancient era.

The catacombs of Paris

One of the most unique places in Paris is hidden underground. Located in the left bank of Paris, the Catacombs of Paris is a series of tunnels that served since antiquity. A portion of the Catacombs, used as a 250 km tomb, holds the remains of six million people!
Walk down the stairway into the past and discover numerous poems that describe the empire of death, as well as other surprises. 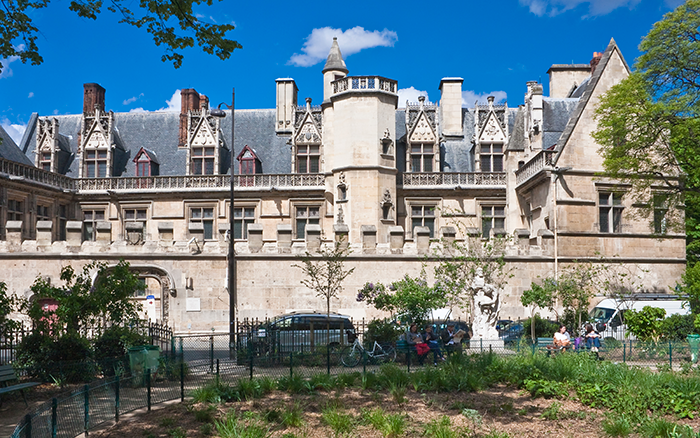 The Cluny Thermal Baths, located in the heart of the student quarter, is a vestige of a more indulgent time, where leisurely roman baths were a norm. The visible part of the bath complex is just a small portion of the greater historical sight.

Renovated under King Louis XVIII, the Cluny Thermal Baths reminds us of a bygone era, where locals met to read, relax and gossip in the complex. Don’t forget to park your Vespa to take a dip in the waters…

The Wall of Philip Augustus

The Sainte Geneviève hill, situated on the Left Bank, is dotted with must-see sights. With numerous students milling around the neighborhood, this historic area is home to several intellectual institutions, including La Sorbonne, the Panthéon and the Senate.

Whirl around Jardin du Luxembourg on our Vespas, or simply, drive leisurely through the charming roads of Sainte Geneviève hill, taking in the beauty of historic monuments.

The Notre-Dame of Paris has a reputation that precedes itself. Located on an island in the middle of the Seine River, this cathedral has been built and rebuilt over the centuries. On our handy scooters, circle around the grandest of Western cathedrals.

Archeological Crypt of the Parvis of Notre-Dame

A well-kept secret, this archeological crypt preserves the remains of the first construction of Paris, otherwise known as Lutèce in its early beginnings. Discover the detailed past and how the city transformed through the centuries with our qualified guides.

In the heart of a hip and chic neighborhood, this mythical church of the first kings of France stands out among high-fashion boutiques. Surrounded by a fortified abbey, the St Germain des Prés church was the living quarters for monks, who had their own library, restaurant, bakery and stable. 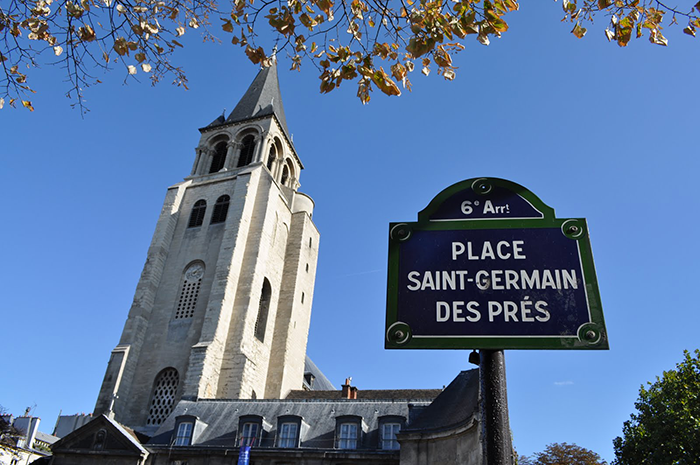 Save the date!
Book NOW