Because it is a real challenge to see all what Paris has to offer, our Paris in a day Tour by Vespa scooter is designed to show you all the sites to see.

Paris was built throughout history by successive Kings of France, it’s a unique City with multiple historical monuments, bridges, parks… and districts each with different atmospheres.

Our Paris in a day Tour by Vespa gives an in-depth experience of the city that you wouldn’t get otherwise. This memorable visit of Paris on Vespa scooter gives an uncomparable view of the city.

What to expect during our Paris in a day Tour by Vespa ?

Our Paris in a day Tour itinerary was designed a few years ago by the French team borned in Paris and who know Paris on their fingertips. Now our itinerary is still customized by the guides, based on feedback and wishes from our clients and the best selection of monuments, historical building, museums… that we do think is the most interesting for you. During our Vespa tour of Paris, you will drive your own scooter on your own or with your partner and follow your guide who will drive his own scooter. During this Tour of Paris, you will have a full overview of the main sites to see in Paris. 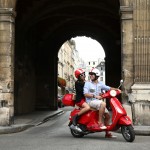 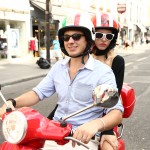 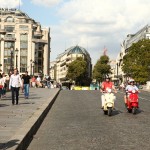 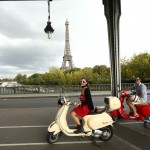 Interested in visiting Paris in a day by Vespa ?

Look at our conditions:

If you are staying in a hotel or appartment in Paris we will most likely be able to pick you up and drop you off at your accomodation. Then, your Paris in a day Tour by Vespa will start at your hotel. Otherwise, we’ll meet you at a pre-arranged public place that has parking (near a train station like Gare du Nord if you come from London). 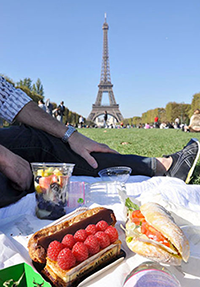 Duration of the Paris in a day Tour by Vespa

Our Paris in a day Tour usually lasts a day from about 10:00am to 5:30pm. We spoil you: all our Vespa tours are private which means that you won’t have to wait other clients at their hotel… Moreover if these schedules don’t fit your wish, contact us so that we can arrange you.

At Lunch time, you have an opportunity to taste a snack or an International/French restaurant at a terrasse or why not having a pic-nic in a park in front of the Eiffel Tower!

Our prices include : the Vespa delivered anywhere in Paris, 2 X helmets, gas, U-lock, scooter insurance, gloves, your guide and its scooter and French TVA taxes.

If you want to keep the scooter after our Paris sightseeing, that’s possible ! (49€/day after a tour). GPS an option. It is a good way to avoid the subway and feel like a Parisian for the rest of your stay!

What’s the requirement to participate in a Paris in a day tour by Vespa ?

To feel confident driving a Vespa scooter and spend a nice day you need to have already driven a moped, Vespa, motorbike…or any 2 Wheels motorized. You also need a current driving licence and a valid card for the 1200€ deposit. (not charged – a hold)

More informations about the conditions to drive a Vespa in Paris are available in our FAQ section. Additional details can be asked by e-mail.

Save the date!
Book NOW

In addition to the main attractions included in the Paris Must See Tour, we’ll criss-cross the streets of Paris, discovering typical parisian districts such as La Bastille, Le Marais with the place des Vosges, The Latin Quarter in the heart of Paris… 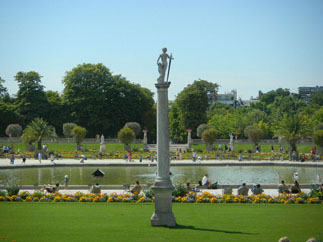 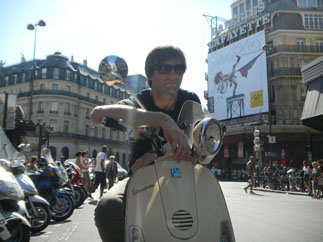 Luxembourg Garden and The Galleries Lafayette : the second biggest shop in Europe after Harrod’s in London.

End of our Paris in a day Tour 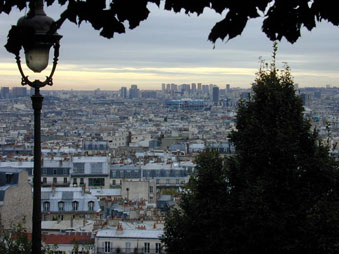 At the end of the tour, we’ll drive up to the North of Paris to the top of the hill called “Monmartre village”. Our scooters will be useful to climb this little hill which used to be French artists’ hangout. Now this place is well known for its breathtaking view on all over Paris, its Church “Le Sacré Coeur”, and its artists market.

Places to see during our Vespa Paris Tour

Here is a list of the main places to see in Paris in a day by Vespa. These points of interest are usually expected to be discovered when you visit Paris during our Paris in a day Tour:


Save the date!
Book NOW